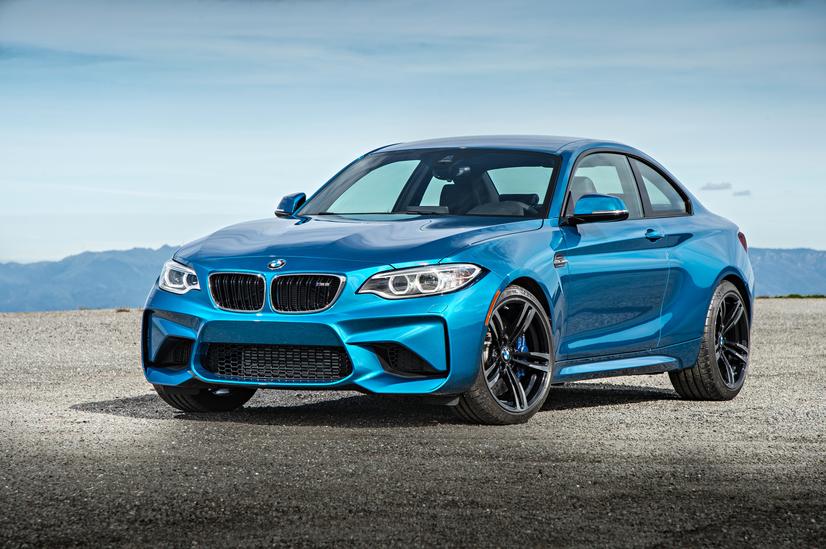 I have a friend who has a friend who knows somebody. This somebody was able to get me in to a private BMW event at Limerock Park in Lakeville, CT where attendees were able to drive each car in the 2016 M lineup. Every car I drove that day blew my mind. But one stood out – a long beach blue M2.

Driving this car was like taking a hit off the BMW crack pipe. I’m hooked. Addicted. And I daydream about this car. When I see one in the flesh, my stomach flutters like it did when I walked by the pretty girls in high school who I was too afraid to ask out on a date.

I spent some time on the track with the M2 and was absolutely blown away. Performance-wise, it’s incredible. And there are two reasons why I am completely smitten with this car.

First, it’s realistic to own.

With an MSRP just south of $52K, it’s a fun, high- performance car that average folk can afford to buy. While we’d all love an Audi R8 in the garage, laying down $168K for a car isn’t within a normal household budget. Locating a well-maintained used M2 is pretty easy.

Out of the box, the M2 is track-ready and can lay down lap times that will run with the best of them. But it also has the ability to go on grocery store runs or transport a trio of (lucky) co-workers to lunch meetings. While its ride is firm, driving it around town isn’t even close to being unbearable. And all-around visibility from the driver’s seat is great – something not commonly found in cars of the M2’s caliber.

The M2 is brilliantly handsome. Bulges around its 19-inch wheels give it a muscular, athletic look and air intakes under each headlight finish off the M2’s physique like a set of six-pack abs. It lacks the hood bulge of its siblings, the M3 and M4, and I wish it were there. It would take the M2’s appearance from “I’m tough” to “don’t mess with me.”

The M2’s overall size is on-point. It’s no secret that BMWs have been packing on bloat over the years. The market demands it and BMW is giving their customers what they want. Understandable. But with the M2, BMW is moving back to its roots… and for that, we shall rejoice.

While not as luxurious as some of its big brothers, the interior does feel good. Don’t forget that this is an entry-level model, so the absence of certain creature comforts and materials should be expected. The interior does have one unique feature that is exclusive to the M2 for now – seats and trim are stitched with “M blue” colored thread. It’s a subtle and classy detail that makes the interior feel every part M. And in the car I drove, the threading looks amazing with the long beach blue exterior.

Back seats are surprisingly livable. Sure, it’s tight back there but you can actually transport a pair of average size grown-ups fairly comfortably for short distances.

On the road, this car is simply amazing and will put a smile on your face when you drive it. I mean this literally. The phrase “smile on your face” is used so ubiquitously that we often take it for granted. I can assure you, driving this car will have you smiling from ear to ear because it’s an absolute riot.

The M2 is powered by a single-turbo 3.0-liter inline six putting out 365 horsepower and 343 pound feet of torque to the rear wheels. The engine pulls aggressively all the way to the 7,000 rpm redline and feels as if it has no limits. It has a very wide torque range too. If you’re just about anywhere in 4th gear and your right foot feels the need to get heavy, the M2 will obediently lurch forward.

The M2 does have limits. On-board nannies rein in the M2’s fury and make it stop pulling at 155 mph. I didn’t have the pleasure of reaching that speed, but something tells me the M2 would get there and hold the note with the confidence and strength of the proverbial fat lady on an opera stage.

All the power the M2 puts out is worthless (and dangerous!) unless you know how to control it. But fear not… the M2 will handle it for you. Electronic nannies make the M2 incredibly easy to drive and will instill confidence in even the novice driver. While knowing the nannies are there to save you from putting the M2 into a wall or tree, all that power is still scary when it’s pushed. It’s like walking a tightrope with a safety harness on. You know you can’t fall… but you’ll still have a knot in your stomach.

The M2 is well-balanced, grippy and steers with precision. Its massive brakes are borrowed from big brother M4 (four pistons up front, two in the rear) and they slow down the M2 with authority. Electronically-assisted steering feels connected to the front wheels and is very communicative to the driver.

Absa-freekin-lootely. I’ve driven every car in the M line and I have to say if I were Goldilocks, I’d go right for “my” long beach blue M2 because it feels “just right.” The power, the balance, the size, and the feel in the cockpit all come together to create a performance driving experience that’s simply intoxicating. The M2 is a true enthusiast’s car. You can commute with it on Monday through Friday and then take it to the track on weekends. While some BMWs of recent have fallen short of being the ultimate driving machine, the M2 hits the mark dead center.

Scroll back to top