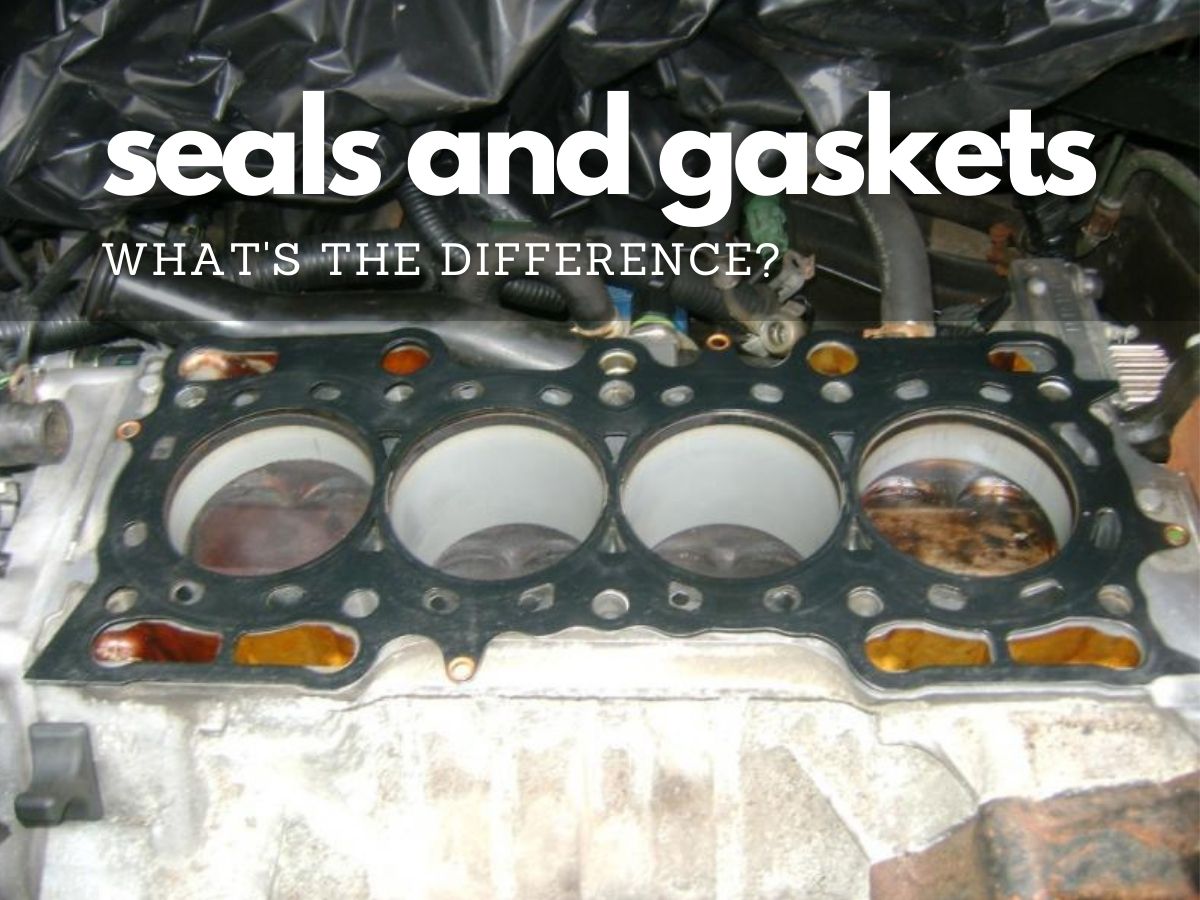 A lot of people think seals and gaskets are the same thing.

I bet you never thought about it that way!

Here’s why so many people get confused about seals and gaskets:

Seals and gaskets do the same thing.

What they both do is create an airtight barrier that prevents liquid from either entering or escaping a given area.

Confused? Stay with me. I promise this will all start to make sense!

What’s the difference between seals and gaskets?

Now that we’ve established what seals and gaskets do, let’s talk about how they differ.

In vehicles, gaskets create an airtight barrier between two parts that do not move.

Seals, on the other hand, create an airtight barrier between two parts where there is a moving part where the two parts come together. The moving part typically rotates.

I know… I said the word parts a lot in that last sentence and it’s confusing. So let’s take a look at a few examples to help you better understand the difference between gaskets and seals.

Examples of gaskets used in cars

As you just learned, a gasket in your car creates an airtight barrier between two parts that don’t move.

If you’ve ever seen oil in your car’s coolant, you’ve had the not-so-fun problem of a blown head gasket. A head gasket is the gasket that goes in between your engine block and your engine’s cylinder head. These are two parts that are attached but don’t move.

Gaskets aren’t just found in your engine. The weatherstripping around your car doors is also considered a gasket. Weatherstripping creates an airtight seal between the door and the car body, keeping out rain and moisture.

Examples of seals used in cars

Remember, seals create an airtight seal in a spot where there is a moving part at the point of connection.

A good example of this is where your drive shaft connects to your transmission.

Seals and gaskets do the same thing – create an airtight seal that prevents fluid from leaking. The difference between seals and gaskets is that gaskets are used between two parts that don’t move. Seals, on the other hand, are used where there is a moving part at the point of connection.

***Header image in this post provided courtesy of honda-tech.com forum.***