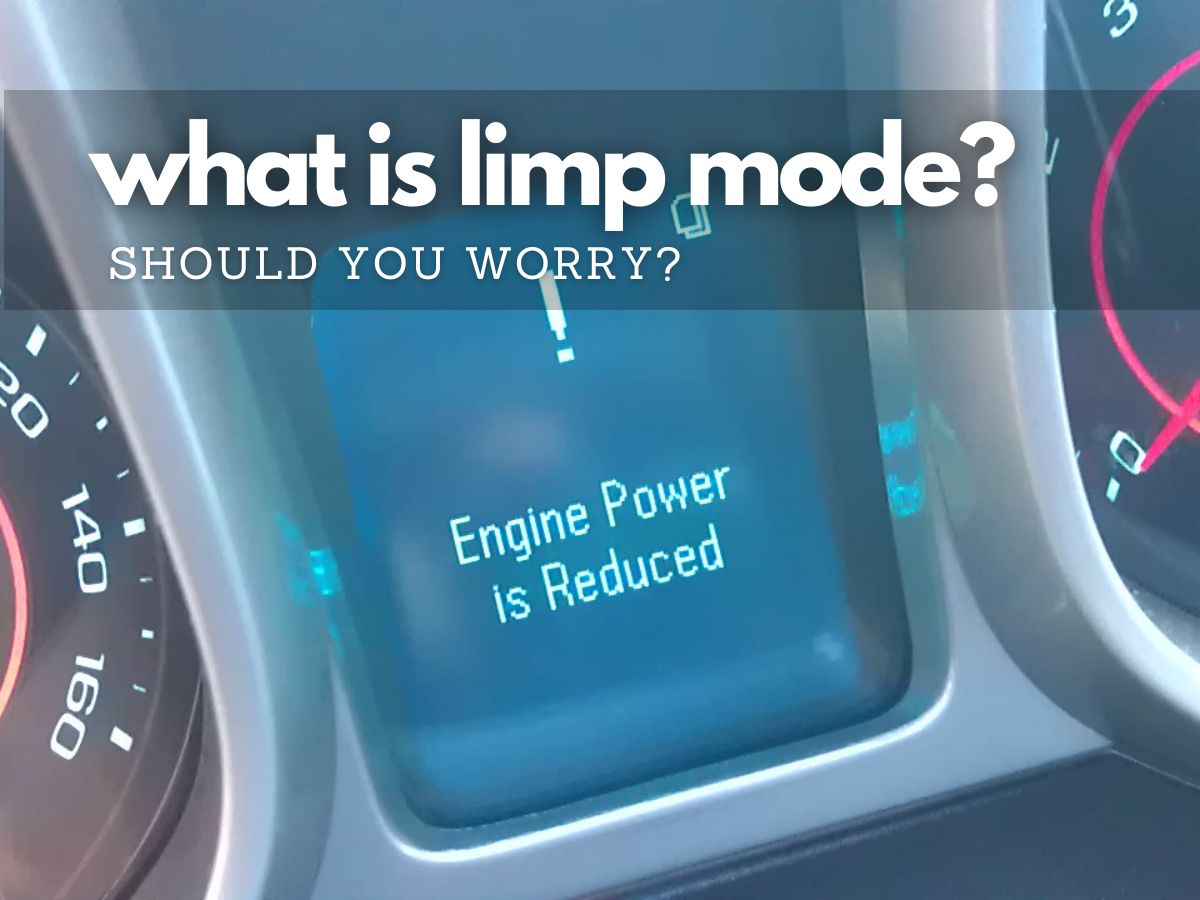 Limp mode is a feature on cars that limits engine power when the car’s on-board computer detects a problem. It’s basically your car’s way of protecting itself from damage. This article explains what is limp mode and will prepare you for what to do if it ever happens to your car.

What is limp mode: An analogy

A football player takes a hard hit. He stays down. His teammates wave for the coach and team doctor to come out. The crowd goes silent.

After a few tense minutes, the coach and doctor help the injured player stand. He slowly limps off the field while the crowd exhales a sigh of relief and applauds to show their support.

Sure, the football player can walk. But if he keeps playing with his injury, he’ll undoubtedly make the injury worse.

I want you to think about this scene when your car enters limp mode.

Just like the injured football player, your car in limp mode can still move. But if it works too hard, your car’s problem (injury) will likely get worse.

How do I know if my car is in limp mode?

If your car is in limp mode, it will tell you.

It’s important to note that limp mode is a slang term. I’m not aware of any car manufacturers that literally call the condition limp mode.

What happens to my car in limp mode?

When your car is in limp mode it will behave differently. You may not be able to go faster than a certain speed. And your car might cut off power to certain accessories like air conditioning.

Can I still drive in limp mode?

Yes, you can still drive in limp mode. But don’t drive it in limp mode for too long. You should get your car home or to your mechanic as soon as you can.

Don’t Assume Your Car is in Limp Mode!

If your car is running like shit and it’s not showing a dashboard light that says something about reduced power, you’re probably NOT in limp mode.

In fact, your car might not even have limp mode! It’s a relatively new technology and older cars don’t have it.

What is limp mode: Facts

If your car truly is in limp mode, here’s a couple important things to keep in mind.

Some people just deal with limp mode and consider it their new normal. They don’t mind being limited to 40 mph and not having air conditioning.

Please don’t do this. Get your car fixed.

Don’t try to reset it

While researching what is limp mode, I found dozens of websites out there that discuss ways to reset or bypass limp mode. People suggest disconnecting the battery for a while. Others suggest pulling over, turning off the car, and turning it back on.

Listen to me: DON’T LOOK FOR AN EASY HACK TO STOP LIMP MODE.

Your car is broken and it’s literally telling you. Even if you do figure out a way to make the light go away, the problem will still be there. And it will probably get worse if you don’t fix it.

Let’s go back to my analogy of the football player. Hacking your car and making the light shut off is like giving the injured football player a cortisone shot and throwing him back out on the field.

What caused my car to go into limp mode?

Your car can be in limp mode for any number of reasons. It’s a lot like a service engine soon light.

Common causes of limp mode include low engine oil or low transmission fluid. If you are a DIY’er, a good first step is to check levels of both of these fluids and top them off if need be. Fixing your limp mode cause can be just that simple.

However, sometimes the issue can be more complicated. Transmission problems are a common trigger of limp mode.

At the end of the day, the best thing to do if your car enters limp mode is to connect it to an OBD scanner. This should pinpoint what’s causing your car’s problem.

If you don’t have an OBD scanner, just about every major auto parts retailer will do a free OBD scan for you. Stores like  Advance Auto Parts, Auto Zone, and O’Reilly can help you out.

If you’re not a DIY’er, get your car to a mechanic who can troubleshoot and fix the problem that is causing your car to be in limp mode.

What is limp mode? Limp mode is your friend. It’s your car’s way of protecting itself from catastrophic damage. If your car enters limp mode it will likely be displayed somewhere on your car’s instrument cluster. Don’t ignore it. Because if you do, your car’s problem will probably get worse and more expensive to fix.